Can You Get Six-Pack Abs Faster: Overview Many fitness enthusiasts consider having ripped, sculpted abs to be the holy grail.

They portray you as being strong, slender, and unaffected by lasagna. And achieving them is difficult.

Except for athletes, most people have a layer of fat covering their abdominal muscles. Some of it is close to the skin’s surface (subcutaneous fat).

Some of it is located deep into the abdominal cavity (visceral fat).The longer it takes you to lose weight and reveal six-pack abs, the more fat you have. 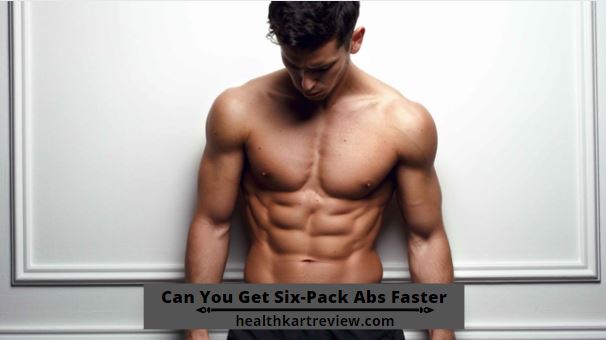 The rectus abdominis is the main abdominal muscle in charge of that washboard appearance.

It is a long, flat band of fibers that runs vertically under the ribs from the pubic bone. It serves to keep the internal organs in their appropriate positions by lying over them.

It is a split muscle with parallel-running right and left halves. Connective tissue divides each half into three segments.

These six bands of connective tissue give the abdomen the appearance of having “six packs.”

Your six-pack won’t be apparent no matter how toned your rectus abdominis is if it is covered in layers of fat.

According to Harvard Health, about 90% of body fat is subcutaneous, or located immediately beneath the skin.

It’s the gooey substance that makes up your belly and is body fat that you can physically grab.

The visceral type of fat makes up about 10% of total fat. This fat can be found in the cavities around the liver and intestines as well as beneath the abdominal wall.

It releases hormones and other compounds that contribute to low-level inflammation, which directly influences the emergence of conditions like heart disease, dementia, and several malignancies.

The first step to revealing your abs is to lose both subcutaneous and visceral fat, which can be accomplished by performing focused activities like crunches.

You must reduce your body fat to between 6 and 13 percent for men and between 14 and 20 percent for women, according to the American Council on Exercise (ACE). This falls under the “athletes” category on the ACE scale.

Even so, not everyone is genetically predisposed to possess six-pack abs. They may have more skin and tissue covering the rectus abdominis, which makes it more difficult for them to display ripped abs.

Some people also have rectus abdominis tendons that cross over them at an angle or asymmetry, which lessens the washboard appearance of their abs. 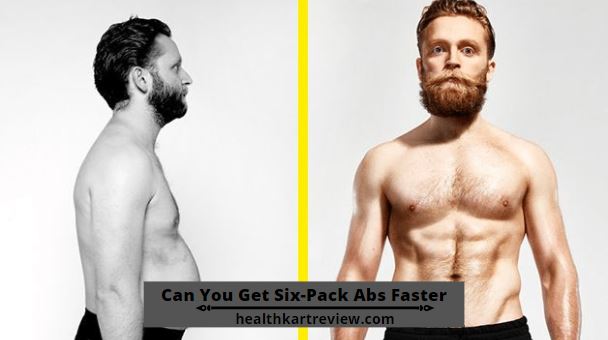 The process of reducing body fat can be arduous and time-consuming.

Because of the hormone estrogen, women naturally carry more body fat than men.

For the majority of people, body fat reduction of at least 50% is required before abs can be seen.

According to the American Council on Exercise, a safe and attainable body fat loss rate of 1% per month is possible.

According to that calculation, it might take a woman with average body fat 20 to 26 months to lose the required amount of fat to get six-pack abs. It would take the typical male between 15 and 21 months.

What you should do to get abs 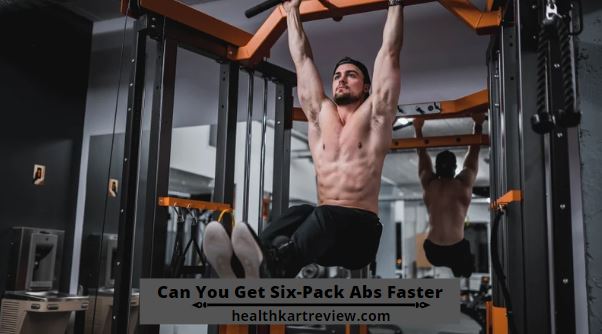 Exercising your abdominal muscles with targeted exercises will help to strengthen and shape them.

If you want to lose one pound each week, cut roughly 500 calories from your diet each day.

Lean muscle is lost along with weight loss. Consuming sufficient amounts of protein, the substance that gives muscles their structure, is crucial for maintaining muscular mass.

According to a study that was published in Nutrition ReviewsTrusted Source, those who consumed more protein while trying to lose weight (1.2 to 1.5 grams per 2.2 pounds of body weight) were better able to maintain lean muscle mass and improve body composition (0.8 grams per 2.2 pounds).

That corresponds to more than 90 grams of protein, or 30 grams for a 150-pound person, per meal, every day. 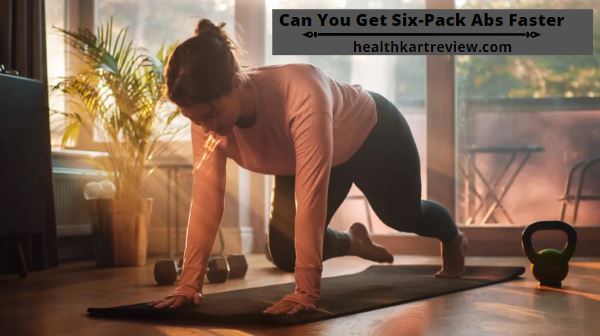 Examples of high-intensity intermittent exercise include:

Women who engaged in that kind of cycling activity for 20 minutes, three times per week for 15 weeks reduced more body fat than those who engaged in consistent aerobic exercise, according to research published in the Journal of ObesityTrusted Source.

The secret to fat loss seems to be a combination of cardio and weightlifting.

One study of overweight teenagers found that those who engaged in cardio exercise for 30 minutes and strength training for 30 minutes three times a week for a year lost more body fat and reduced their waist circumference than those who only engaged in aerobic exercise.

There isn’t a simple or fast approach to develop six-pack abs. It calls for self-control, dedication to a clean, healthy diet, and regular exercise that includes both cardio and strength training.

Six-pack abs are a fitness objective that may be achieved by those who are dedicated to the process, despite the fact that the process can be drawn out and the labor difficult.

Rear Delta Exercises You Can Do at Home| HealthKartReview

The Benefits and Risks of Mewing

How To Clean Earrings: Gold, silver, pearls, and diamond

Symptoms and Causes of Leukocytoclastic Vasculitis