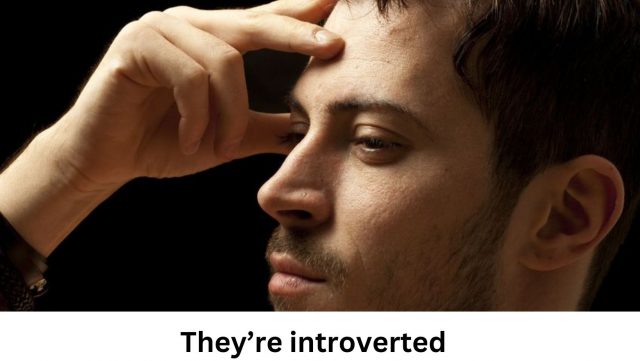 Deep thinkers seem to run against the grain of modern society. They’re sometimes seen as aloof or weird or clumsy…someone who’s just not quite in sync with the world.

But this is exactly why they’re awesome. Because they prefer to think for themselves, they often come up with unique thoughts and creations.

You’ve probably met a few deep thinkers in your life or perhaps you’re one yourself.

In this article, I will help you identify the traits of deep thinkers and understand why they are the way they are 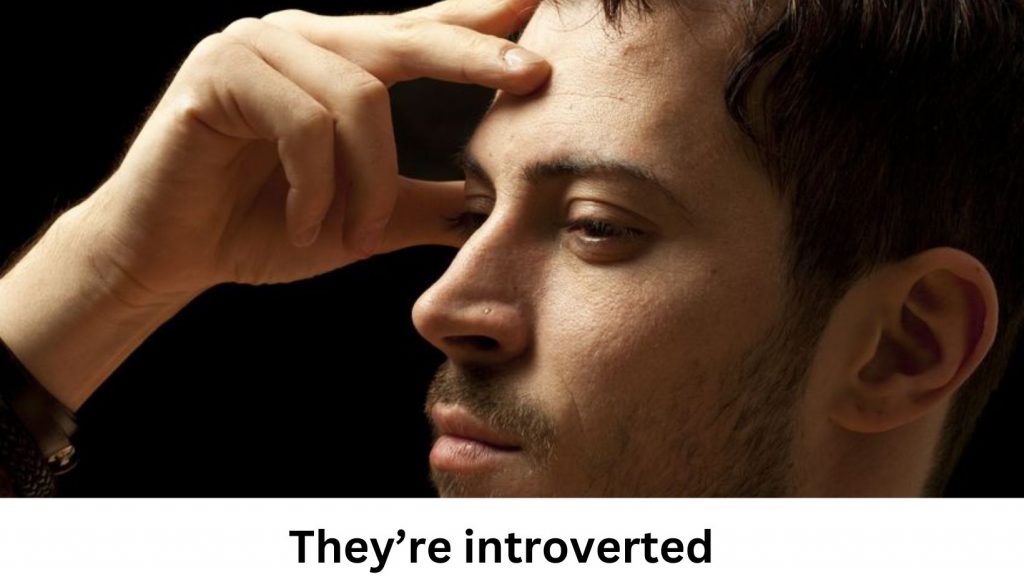 Deep thinkers spend a lot of time in their heads going through their thoughts that even when they’re there with you, they probably won’t do that much at all.

A part of being a deep thinker is that they prefer to have the space and energy to process their thoughts and that can often mean that too much social stimulation overwhelms and stresses them out.

On the flip side, being an introvert means having a lot of time where you have no one else but yourself and your head.

Therefore, it should not be surprising that introverts tend to be deep thinkers, and vice versa. There’s a lot of overlap between the two.

2) They make their own opinions

Don’t take this to mean that deep thinkers are always going to go against the majority opinion for the sake of it. That’s called being a contrarian and that’s not what this is about.

Instead, deep thinkers simply don’t say or think in a certain way because someone else said so.

Whether their opinion is in agreement with everyone else or not a deep thinker can explain without having to say “because someone said this!” when asked.

Deep thinkers make their own opinions based on the things they’ve discovered and based on their own knowledge, wisdom, and intuition.

We all know this. Deep thinkers have a deep thirst for knowledge. They have a drive to remain informed.

Where others would find reading boring and tedious, deep thinkers would find nothing but joy in it. The more information they take in and process, the more colorful their mental landscape becomes.

They’re often glued to books and newspapers, keeping themselves up to date or otherwise just immersing themselves in another person’s world.

In their free time, expect them to listen to podcasts, watch the news, read books, watch documentaries, listen to debates, and talk to others who have a lot of things to share.

4) They take their time

Give someone who isn’t a deep thinker a novel with a lot of big words and a very slow pace, chances are they’ll chuck the book out of the window halfway through and say it’s boring or too slow.

If they do end up reading it, they’ll probably just skim the whole thing.

Give a deep thinker the same novel, and they’d grab a dictionary and sit there for hours reading the book until they’re done. All the while, they’d be taking in all the small details that everyone else missed.

This shouldn’t come as a shock. Deep thinkers are already used to doing the whole ‘slow and steady’ thing in their heads, and that attitude spreads out to how they treat the world around them.

In fact, impatience is the very antithesis of being a deep thinker.

If you’re impatient, you’re not going to be bothered to process your thoughts that deeply. It’s unlikely you’ll even pick up on anything but a shallow understanding of things— you’d be too busy rushing ahead.

Don’t be too surprised if they obsess over something you consider mundane for weeks and months because that’s just how they are— very curious and obsessive, and they take their damn time.

5) They notice things most people don’t bother about

We’ve already established that deep thinkers are patient and that they take things slow and steady. Because of this, they will pick up on things that simply pass others by.

They notice the small details and subtle hints that other people simply don’t pick up on, like how that one friend that everyone else likes seems to smile a bit too sharply and laugh a bit too loudly.

They can read between the lines and pick up on nuance more easily, which means it’s often a good idea to listen to what they have to say.

A deep thinker isn’t going to be satisfied with just an overview and summary.

Instead, they would pore over the topic exhaustively, gathering as much information as they can and taking their time analyzing it from every possible angle before they come to a conclusion and form their opinion or pass judgment.

They end up taking a while as a result, and this can frustrate people who want them to give their thoughts now.

However, it means that when a deep thinker comes to a decision, they’re sure of their opinions and cannot be easily swayed by others.

This might seem contradictory given that we’ve established the fact that deep thinkers are observant and thorough.

But if you think about it, it makes a lot of sense. There is only so much information a person can take in and hold all at once, and a deep thinker will be so busy mulling over certain things that information that isn’t directly relevant to what they are thinking about will end up discarded and forgotten.

They’ll be so wrapped up thinking that they’ll forget to eat or that they had an appointment with the doctor in an hour.

Even if it amounts to nothing in the end, deep thinkers like to plan.

They could be making roadmaps for a project they had been thinking of for a while or simply organizing how they want their year to go.

These plans have a tendency to get somewhat meticulous too, almost excessively so.

Given how deep thinkers tend to be forgetful and somewhat messy, however, their plans can go haywire or simply get lost unless they’re especially careful.

9) They make a lot of notes

Whether it’s to help them deal with their forgetfulness or to help them organize their ideas, deep thinkers end up making a lot of notes.

They’ll often have a notebook or a phone with them wherever they go and would keep picking them up and writing things on them.

If you look around their computer — not that you should snoop, mind! — you will probably see a lot of post-its, spreadsheets, and documents, and notes saved in all sorts of random places.

Their minds are so active that they have to dump their ideas and visions somewhere.

Deep thinkers are always on the lookout for new things to understand and analyze, and as a result end up knowing quite a lot about all sorts of topics be it science, linguistics, history, literature– you name it, chances are they know something about it!

They want to know why things are done in a certain way, or what makes people tick, and they can get a bit awkward about it sometimes.

They’re naturally curious and they end up getting called nerds because of this.

What type of person is a deep thinker?
They possess high intrapersonal Intelligence. Deep thinkers not only observe the world around them but are also very self-aware. They possess high intrapersonal intelligence, i.e. They understand their thoughts, feelings, and emotions better than other people.
Are deep thinkers good people?
Deep thinkers are good listeners and good observers. They are good at analyzing facts before drawing any conclusions. They are able to use logic and critical thinking to form their opinions. They are not dogmatic in their opinions

Here is a Bases of a Relationship – HealthKartReview