Home Remedies for Headache and Migraine Relief: If you experience headaches or migraine attacks frequently, you might be curious as to whether there is a way to prevent them or what could help you feel better during an attack.

Are there any more steps you may be doing on your own, despite the fact that your doctor has given medication or other treatments?

Yes, it is the answer. While lifestyle modifications and over-the-counter medications may not always be able to prevent or treat headaches or migraine attacks, they can have a positive additive effect when combined with treatments that a doctor has prescribed

Finding out what causes headache and migraine attacks will help you decide what kinds of self-care can stop them. 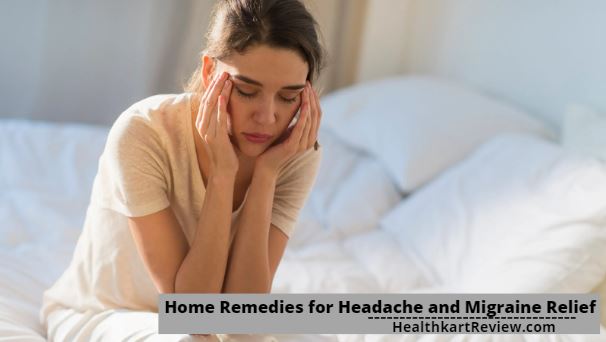 According to the World Health Organization (WHO), tension headaches are caused by tight muscles in the shoulders, neck, scalp, and jaw, which in turn may be brought on by stress, depression, anxiety, and fatigue.

Tension headaches affect more than half of all women and more than a third of all men in developed countries and are increasingly common in developing countries as well.

Planning healthy meals and snacks and making sure you consume them on a regular basis both require effort, but the result is increased energy and perhaps fewer headaches or migraine attacks.

Make it a practise to always have water on hand to drink, especially when exercising, as even mild to moderate dehydration can cause a migraine episode or headache.

Some folks may be triggered by specific foods or drinks. The three most frequent dietary triggers, according to Vince Martin, MD, a neurologist.

The director of the University of Cincinnati headache and facial pain department, are MSG in liquid form (such as in a soup), too much or too little caffeine, and alcohol. Finding dietary triggers can be made easier by keeping a food diary.

Fever few is a herb that gained popularity as a migraine treatment in the 1980 s when a significant British study revealed that taking fever few regularly reduced migraine discomfort in more than 70% of patients.

More research has now shown that fever few is effective in both preventing and relieving migraine pain.

According to a study in Clinical Drug Investigation, patients who took white willow, a herbal medicine with aspirin-like characteristics, together with feverfew daily reported relief from migraine discomfort.

As a preventive measure, fever few is most beneficial, according to Amy Rothen berg, ND, a naturopathic doctor in private practise in En field, Connecticut.

Once you have a migraine attack, it is less effective. And white willow, sometimes known as nature’s aspirin, is a useful remedy for migraine headaches.

According to Nada Hindiyeh, MD, a headache expert and researcher at Stanford Health Care in Palo Alto, California, magnesium can be taken as a natural supplement to reduce migraine attacks.

Oral magnesium has been proven in a meta-analysis published in 2016 in Pain Physician to lessen the frequency and severity of migraine attacks.

There was evidence that an acute migraine attack could be less severe within 15 to 45 minutes with intravenous magnesium.

Bananas, flaxseeds, chia seeds, pumpkin seeds, cashews, dark chocolate, and leafy greens like spinach and Swiss chard are just a few of the nutritious foods that are high in magnesium.

Tense Muscles May Be Relieved by Acupressure

Which can occasionally precipitate or exacerbate migraine attacks or headaches.

Acupressure, according to UCLA Integrative Medicine, signals the body to activate its own regulating or healing systems.

Each pressure point is stimulated by using hard pressure during the procedure. Acupressure can be applied by a third party or by you.

Here are a few typical pressure locations for alleviating headaches:

Finding gallbladder 20 (GB20), also known as feng chi, involves feeling the mastoid bone and travelling back down the groove to the point where your neck muscles attach to your skull.

Zhong zhu, also known as Triple Energizer 3, is located behind the knuckles in the groove made by the tendons of the fourth and fifth fingers.

Self-massage of the scalp may be a successful treatment for migraine pain:

“Others may find it unpleasant and potentially painful to have their bodies handled, particularly their heads. Nothing works for everyone, just like many parts of natural, customised medicine!”

People with allodynia, a migraine symptom that makes people extremely sensitive to touch and other stimuli that aren’t generally unpleasant, are unlikely to find scalp massage to be comfortable.

Even routine tasks like brushing your hair or putting your head on a pillow can be excruciatingly painful when you have allodynia.

Pain Can Be Reduced with an Ice Pack or Cold Compress 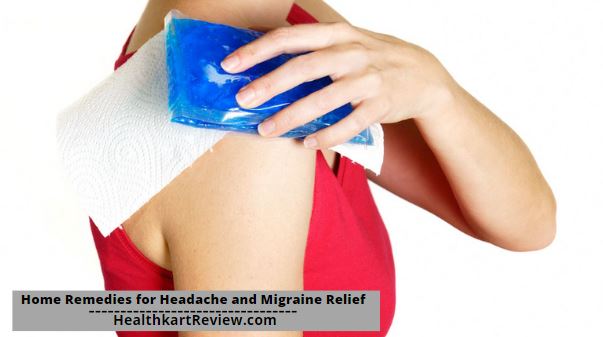 The National Headache Foundation states that while both ice and heat can be used to reduce pain, most migraine sufferers favour cold.

If you’d rather, you can apply cold packs to the back of the neck or the forehead and temples.

If you use a commercial cold pack, check for leaks where chemicals could escape and perhaps injure your eyes. It is recommended to maintain a cloth between your skin and an ice pack.

Omega-3 Fatty Acids May Decrease the Severity of Headaches

Your body requires omega-3 fatty acids, but it cannot make them on its own. They are necessary fatty acids. Therefore, they must be included in the diet.

Wild cold-water fish including salmon, cod, and tuna as well as flaxseed, walnuts, and omega-3-fortified eggs are examples of foods that contain omega-3 fatty acids.

The anti-inflammatory and anti-blood-clotting properties of omega-3 fatty acids may make them protective against heart disease and stroke.

Increasing your intake of foods rich in omega-3 fatty acids may also be advantageous for migraine sufferers.

Omega-3 fatty acid consumption decreased migraine attack duration by roughly three and a half hours, according to a meta-analysis of randomised controlled trials that was published in Nutritional Neuroscience in November 2018. However, it had no impact on the frequency or intensity of attacks.

A study that examined the role of another essential fatty acid, omega-6, in chronic migraine found that reducing omega-6 fats along with increasing omega-3 intake resulted in greater headache relief than reducing omega-6s alone. This study was published in the August 2016 issue of the Journal of Pain.

According to the Harvard Health Letter, the average American diet contains ten times as many omega-6 fatty acids as omega-3 fatty acids, despite the fact that many health experts agree that people should consume roughly the same amount of each. 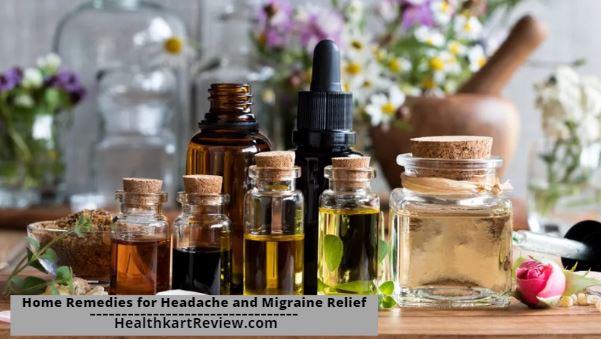 However, some people find it calming to massage lavender oil, diluted peppermint oil, or basil oil on their temples, or to put a few drops in a diffuser to scent the air.

There isn’t much evidence to support the claim that essential oils can lessen the frequency or intensity of headaches or migraine attacks.

According to Kriegler, lavender has relaxing properties, and anything that reduces stress is beneficial.

Lavender oil can be administered topically or breathed, however Cleveland Clinic advises against taking it by mouth due to its strength and risk of ingesting too much.

A soothing effect and sufficient hydration can also be obtained from peppermint tea made from fresh or dried leaves as an alternative to peppermint oil.

According to Rothenberg, “basil oil has a long history as a folk treatment for calming down and as an analgesic, or painkiller.” The herb is particularly beneficial for headaches brought on by tension and tight muscles since it acts as a muscle relaxant.

Test any oil on the inside of your wrist to see whether you are allergic to it before using it on your body.

How Long Does It Take To Lose Weight ??

10 Fried Foods: That Are Actually Bakeable and Still Taste Good !!

What Are The Advantage of Lactose free milk | Healthkartreview